The Stadthaus series neue musik was established in 1996. This where the music of the 20th and the 21st century finds a home. In 2020, the festivals name changes to KlangHaus.

There are many different forms of interaction between technology, science and art. A city like Ulm that characterizes itself with terms like "Science Park" or "Wissenschaftsstadt" (city of science), is obliged to create a cultural framework for sciences and high tech.

Of course there is the Stadthaus by Richard Meier itself, with its architecture that is contemporary, albeit clearly influenced by modernism, that serves as an appropriate forum for contemporary classical music. The architecture inspires musicians and listeners alike. The good reception and the interest the series receives interregionally is due to the unusual and careful planning by project director Jürgen Grözinger. 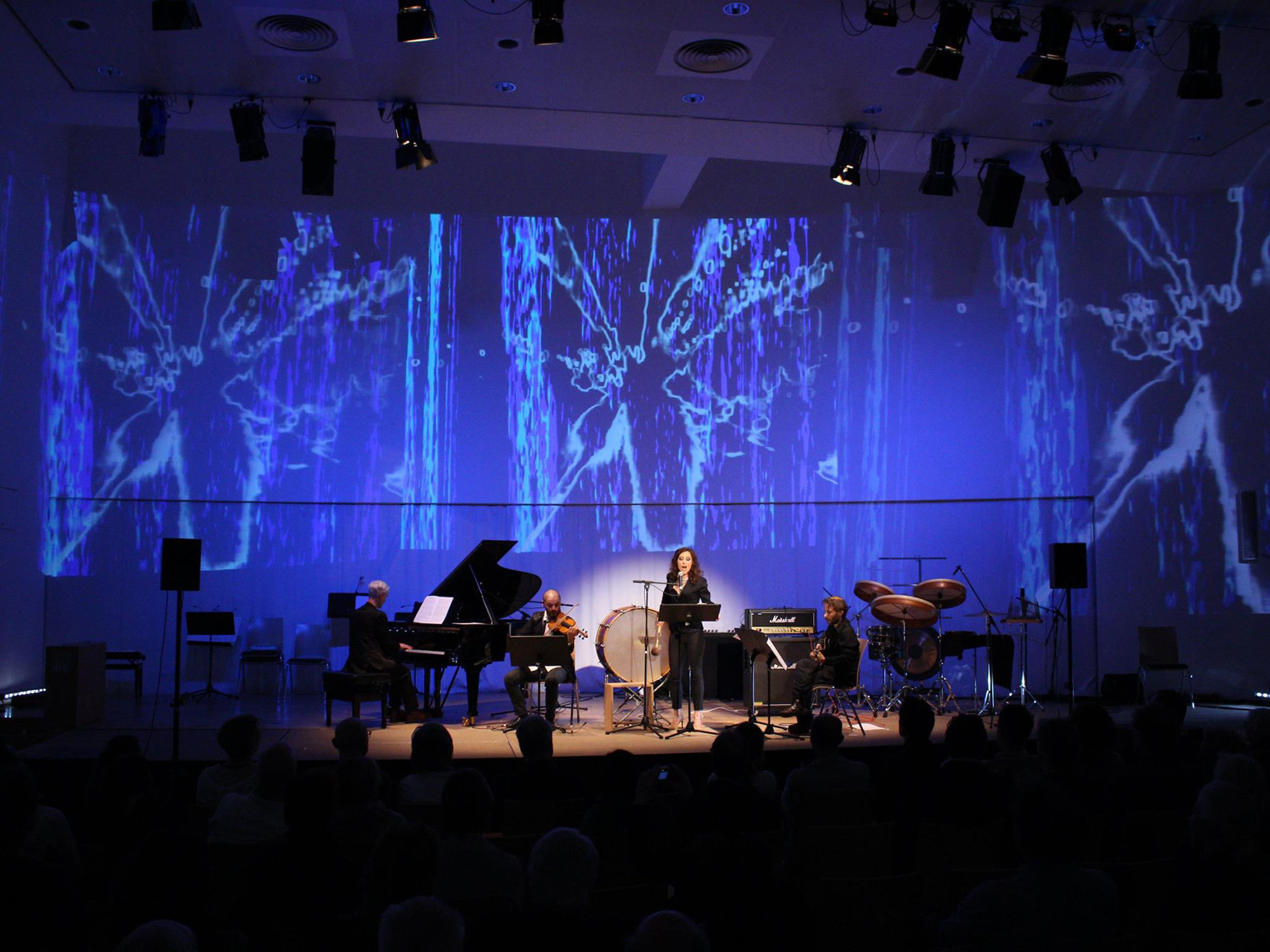 Contemporary classical music in the Stadthaus is not reserved for a small, educated and therefor elite circle, but it's accessible for the general public.
The European Music Project, founded by Jürgen Grözinger, is an integral part of the success, because it enabled the Stadthaus to create an ensemble with renowned musicians, who, as “artists in residence” have committed themselves to the Stadthaus. This offers a relatively rare opportunity for the audience, to hear technically challenging works of chamber music of the 20th and 21st century with unusual instrumentations in extraordinary performances. 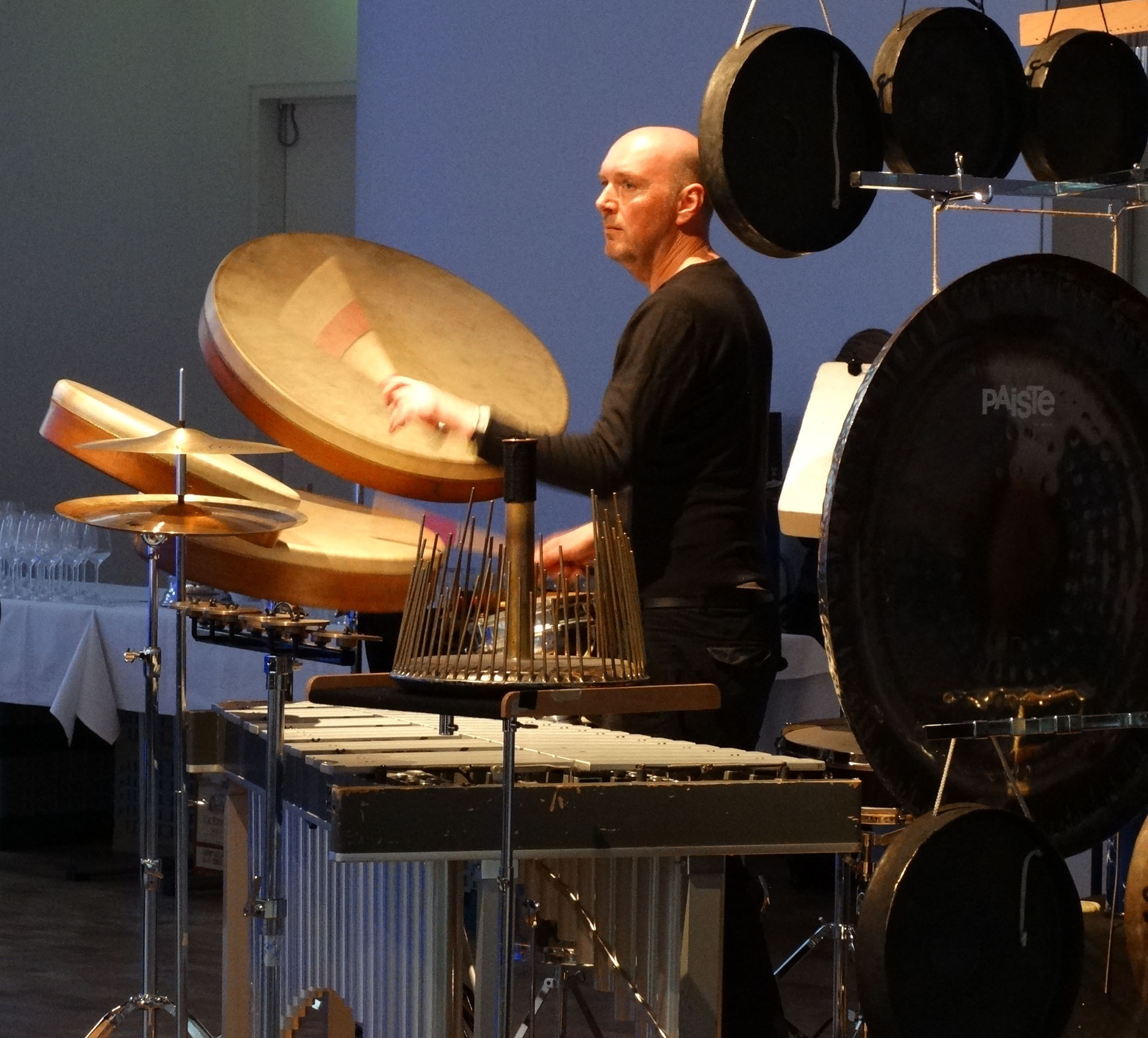 Since 1996, the festival (biannual  since 2014) is lead by artistic director Jürgen Grözinger. The concert programs are an invitation for everyone, to engage in the adventure to ‘experience music’. Masterpieces of contemporary chamber music of the 20th and 21st century meet works of young composers, elements of pop- and club-music meet experimental and surprising sounds as well as playing techniques of diverse musical cultures. 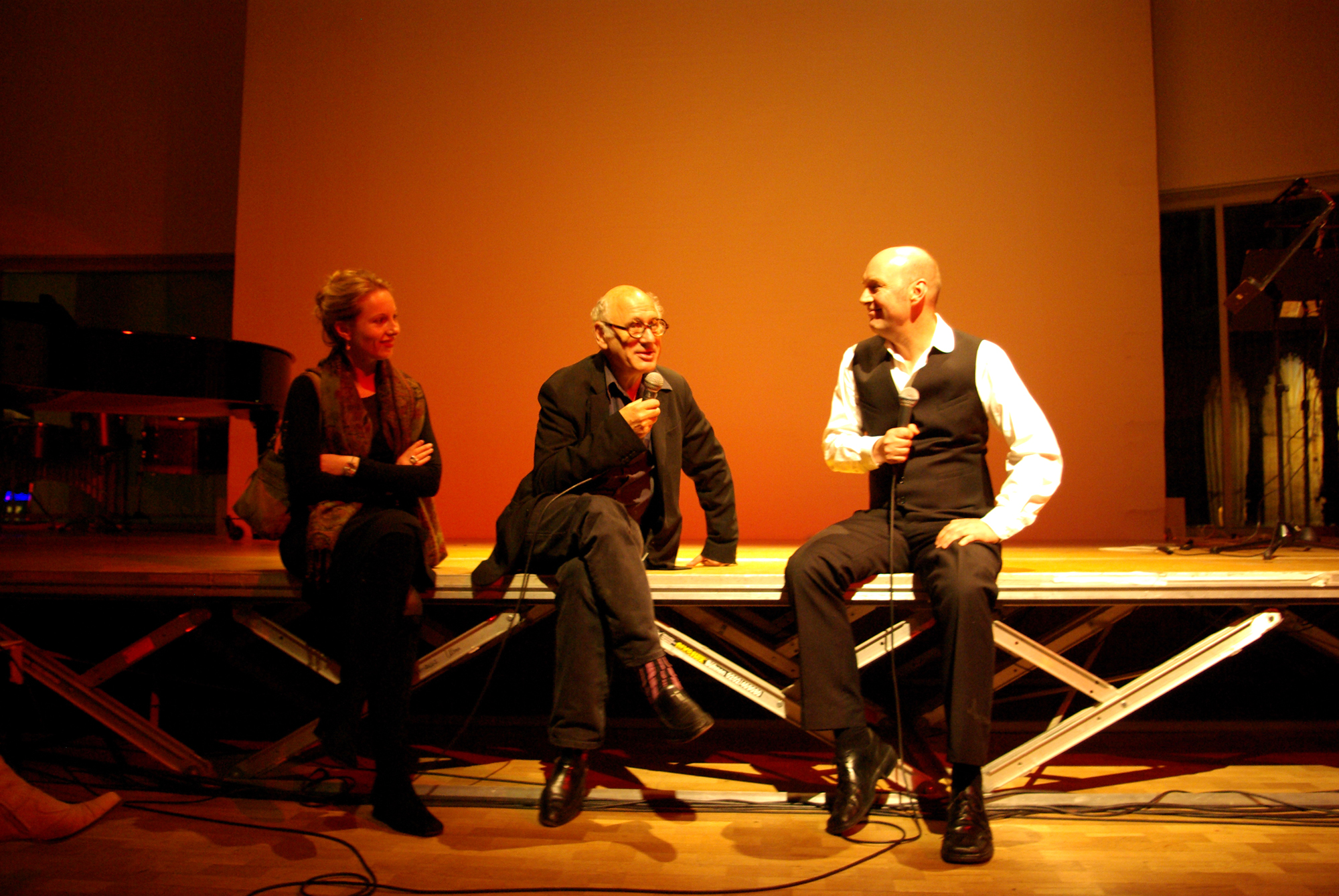 The festival does not primarily present premiere performances but extraordinary works of contemporary chamber music of the past decades and beyond. One programming focus is the diverse traditions of European music and the influences of other cultures. 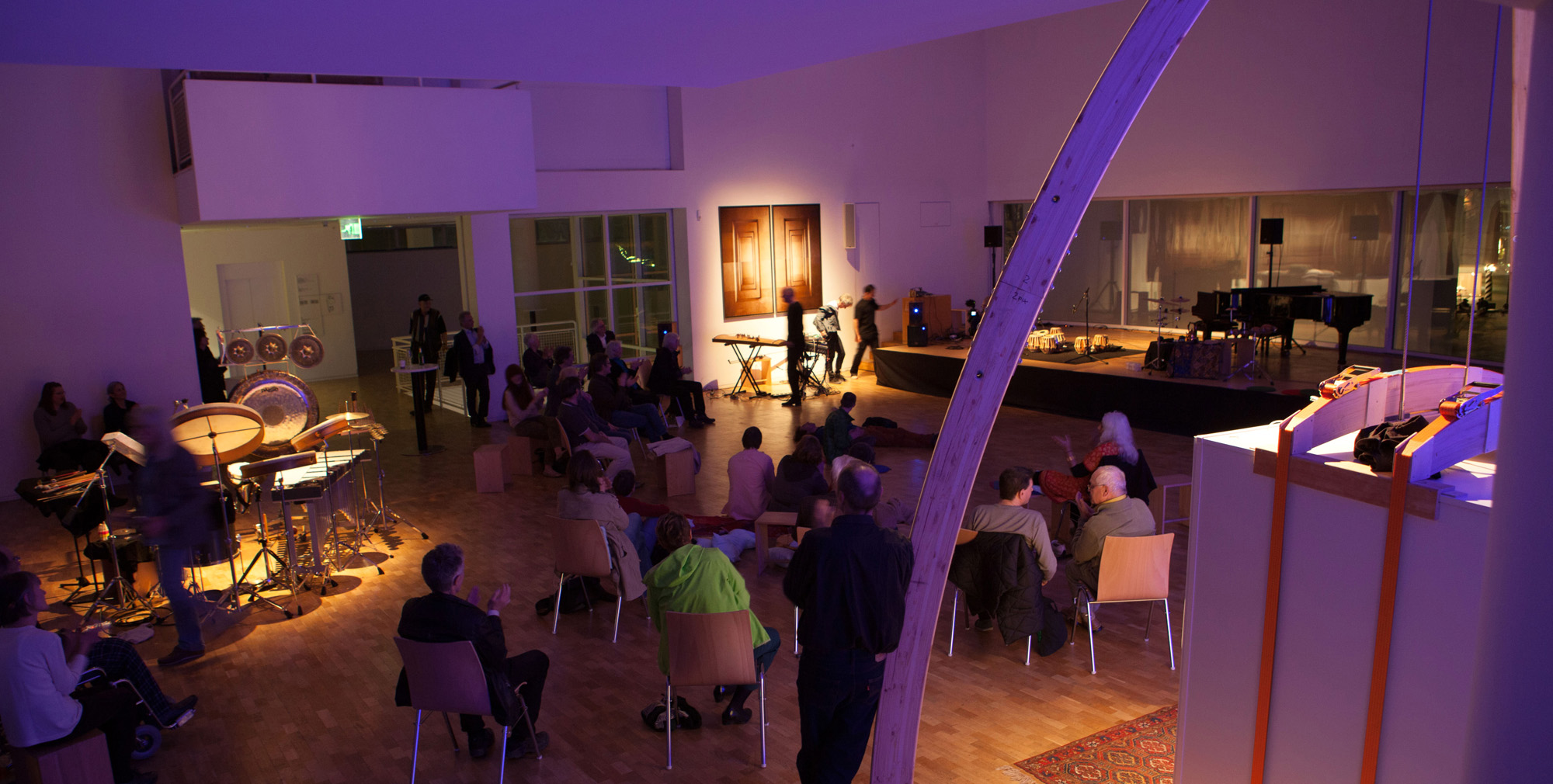 The lively programme, the popularity and the recognition that reaches far beyond Ulm is the result of Jürgen Grözinger’s thoughtful planning.

In the fall of 2015, Grözinger was invited by the Europabüro of the city of Ulm to speak in the series ‘Ulm talks for Europe’. His talk about identities, cultures, Europe and Ulm has been published in the series ‘edition stadthaus’. 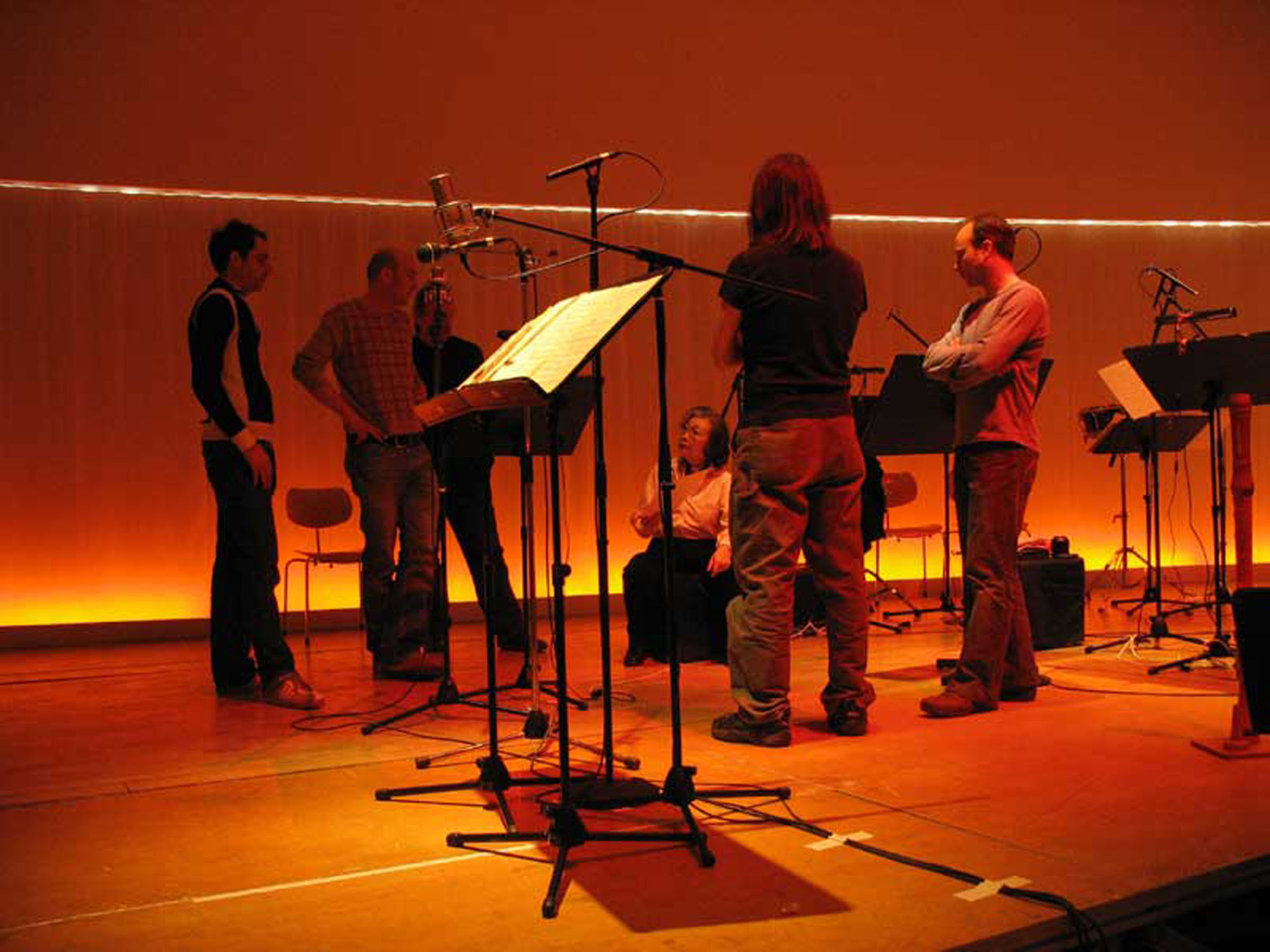 Kai Geiger, editor of Arttourist.com, has interviewed Jürgen Grözinger about the development and the importance of the festival for Ulm.

concept
A combination of architecture and music 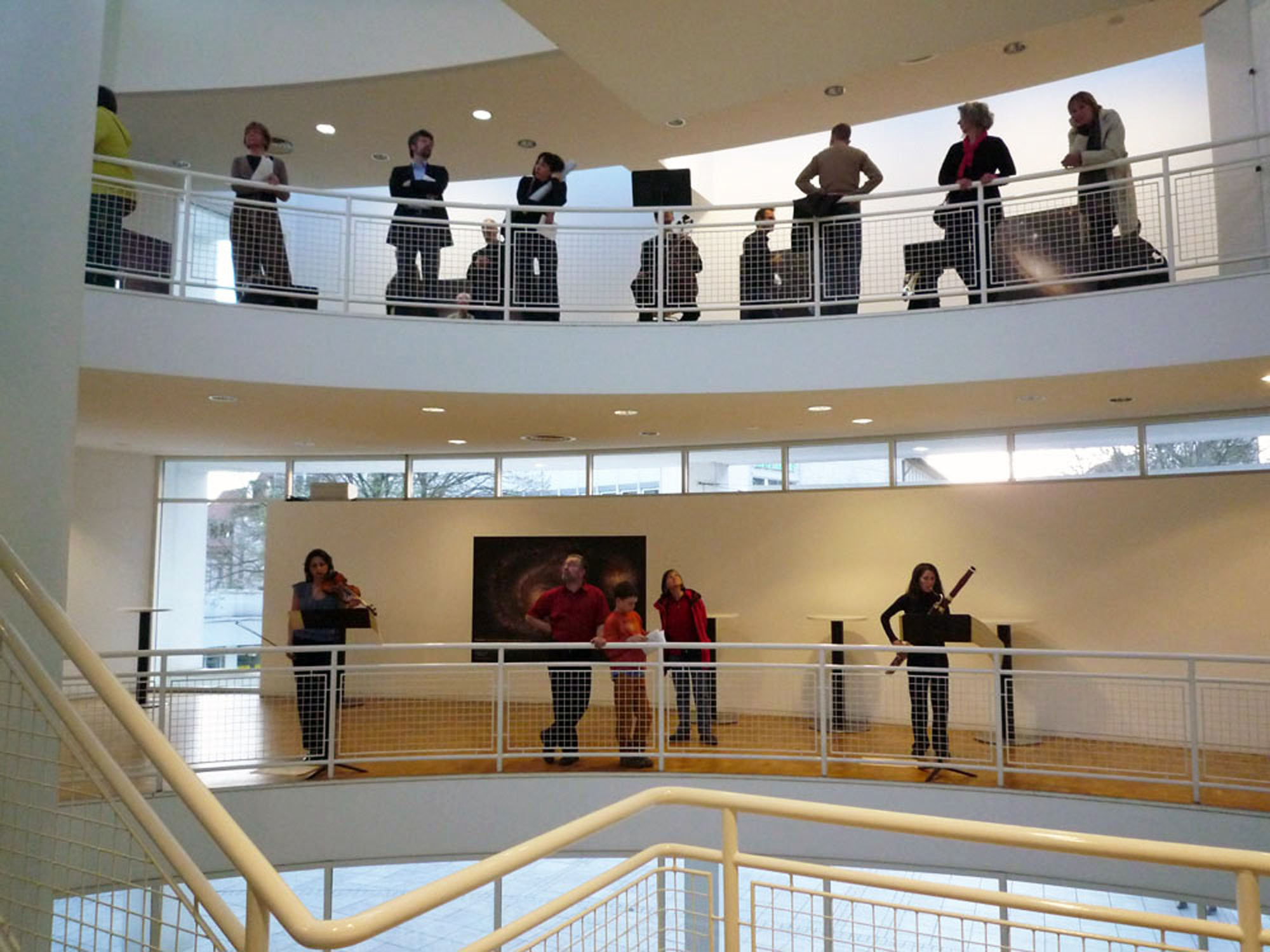 The idea behind the festival is to spark interest in contemporary classical music. New, open forms of presentation are an integral part of the concept. The traditional separation of performers and audience is often dissolved, in the event hall or by incorporating all levels of the building. It seems natural that cooperation with other areas of contemporary arts and dance has also found a home at the Stadthaus. 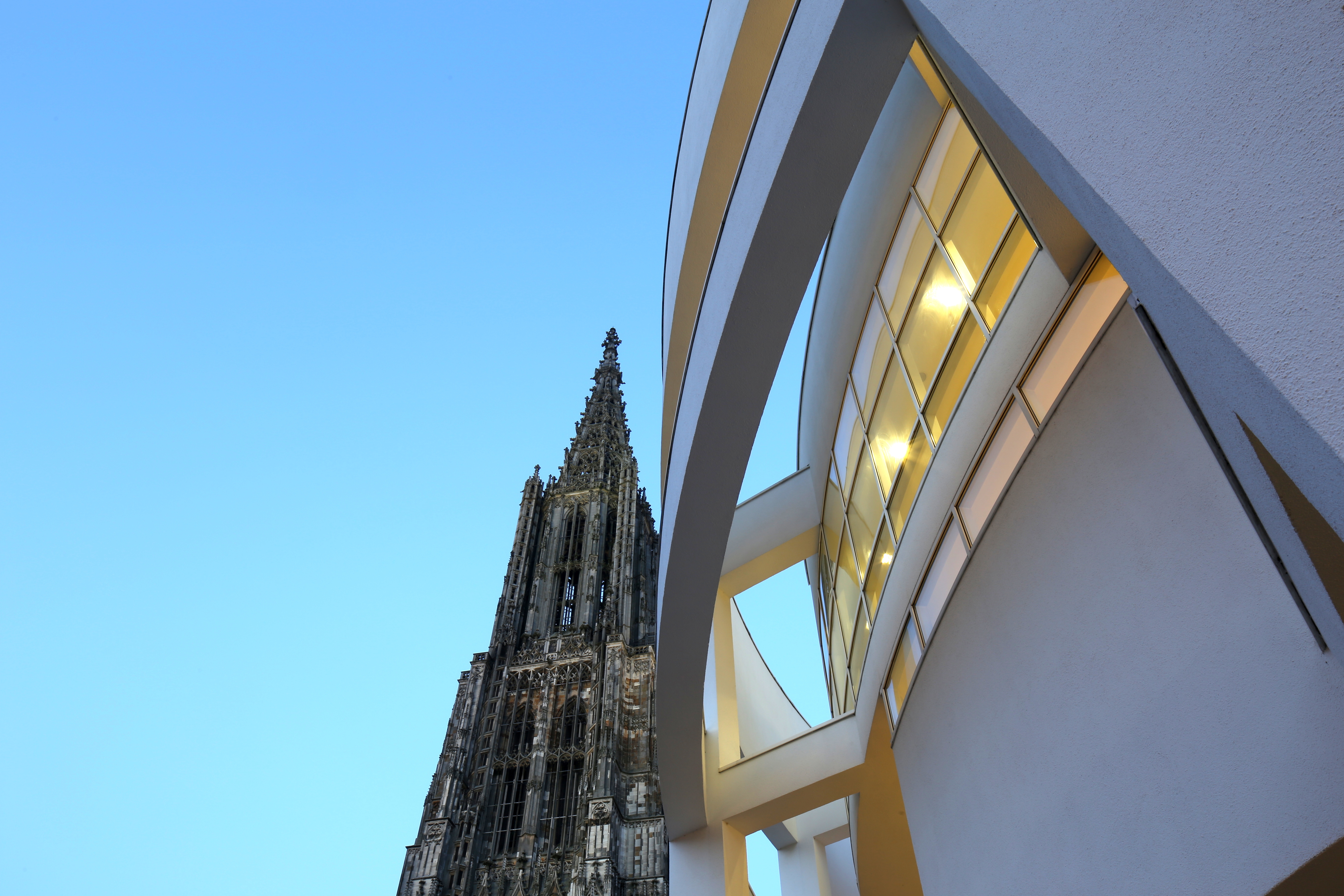 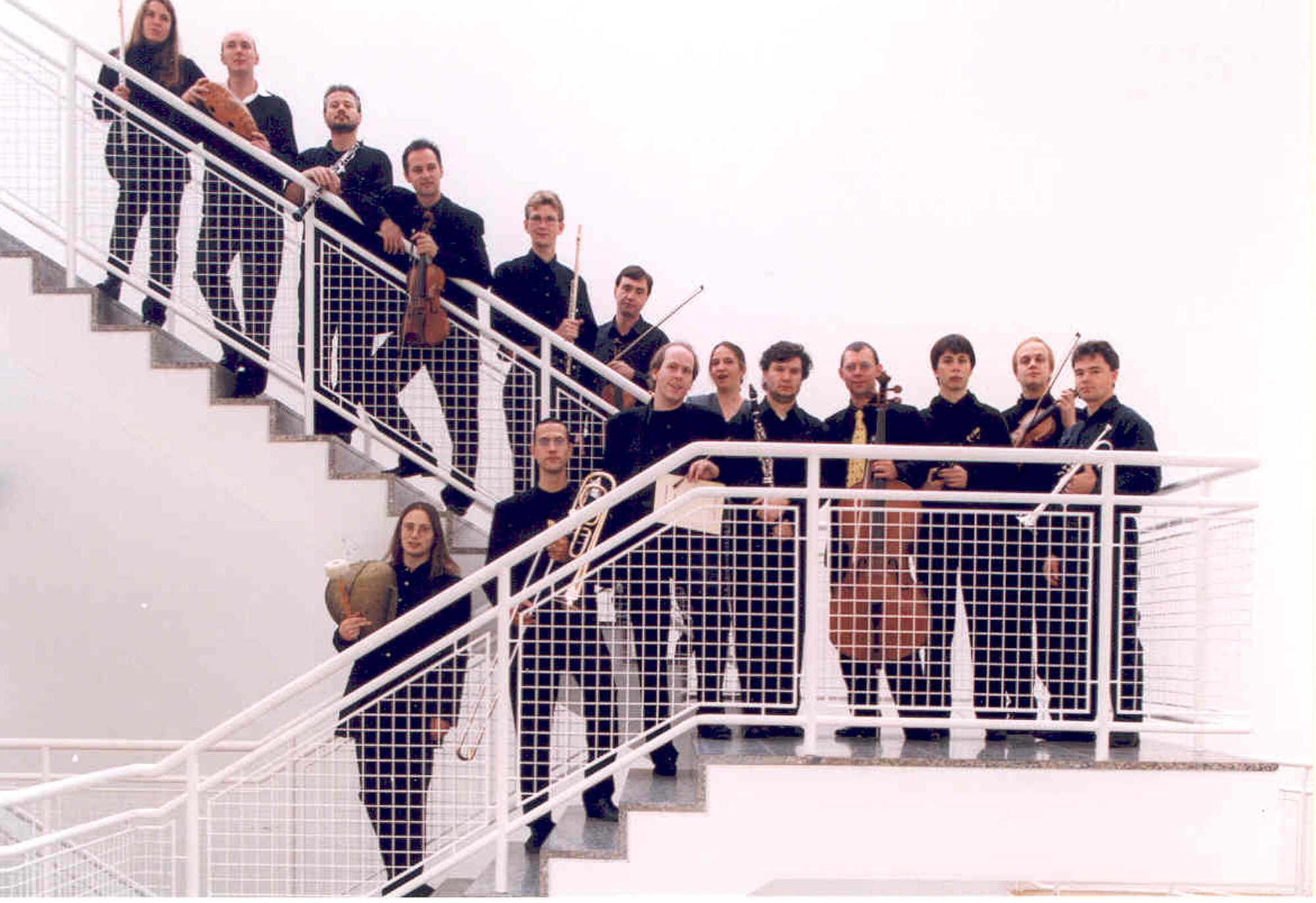 The festival is extraordinarily lucky to have an Ensemble in Residence, the ‘European Music Project’ (EMP). It is composed of excellent soloists from renowned European ensembles and is accompanied by additional first-rate musicians, depending on the programmes' requirements. This constellation enables the festival to present demanding works and works with unusual instrumentation. 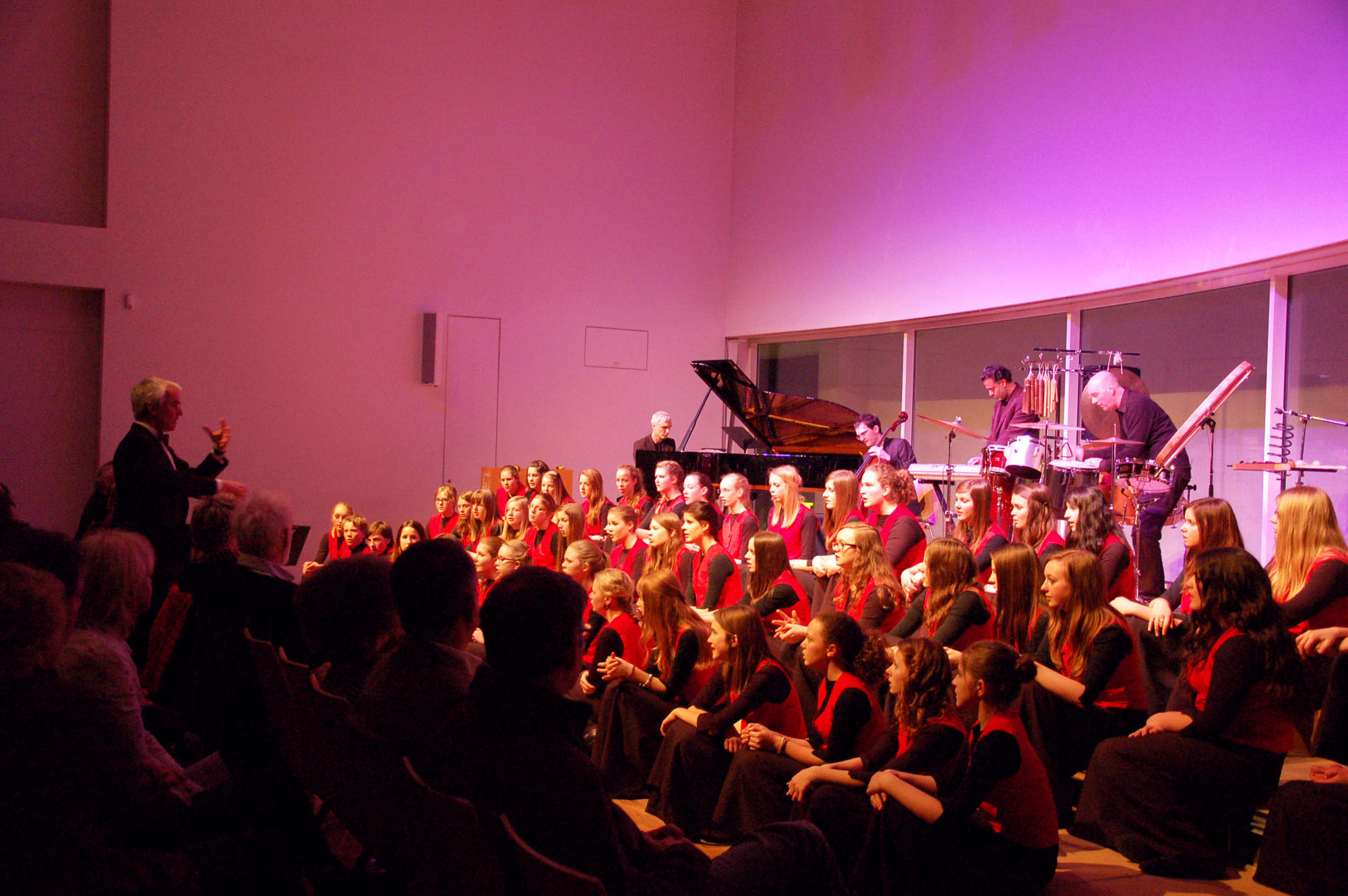 It is due to Jürgen Grözinger’s vast international network that world-renowned artists have become an integral part of the festival. Great composers such as Michael Nyman, David Lang, Klaus Huber, Samir Odeh-Tamimi, Bernd Franke or Dieter Schnebel wouldn’t miss the opportunity to attend performances of their works in Ulm. At the same time, the festival is always looking for cooperation with local institutions such as Musikschule Ulm, Münstergemeinde or Ulmer Spatzenchor.