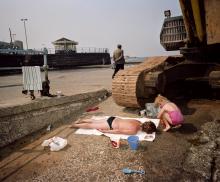 He casts a glance at mass tourism, compulsive consumption or the ageing of the British population. The series “Think of England”, created at the turn of the century, is a satirical essay about his home country's identity. “Last Resort”, one of his earliest series, portrays beach life on the island. “Knokke Le Zout” and “Luxury” hold up a merciless mirror to the rich and beautiful.

To kick off its 25th year of operation, the Stadthaus presents a retrospective of Martin Parr's extraordinary work. The exhibition, composed by Parr himself, showcases a large selection of some of his most famous works. Parr provokes by spotlighting the banalities and clichés of our world. He almost affectionately focusses on the raw and the ugly, on things others would rather avoid or at least retouch. Parr thinks it's absolutely normal to be more famous abroad than in his home country: “I believe it has to do with a certain kind of malicious joy with which other nations perceive the way England is presented in my photographs”.

Parr has published more than 80 books, showed his works in more than 100 exhibitions worldwide and has received numerous awards throughout his career. In 2014, exactly 20 years after he had joined, Parr was voted in as president of Magnum Photos International, the most renowned photographic cooperative in the world.

Our weird world III
Sun 13. Mai,  2 to 4pm, as part of the International Museum Day; for the whole family 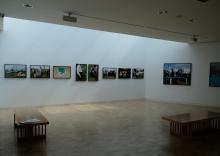 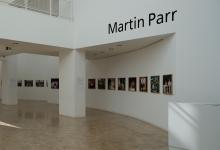