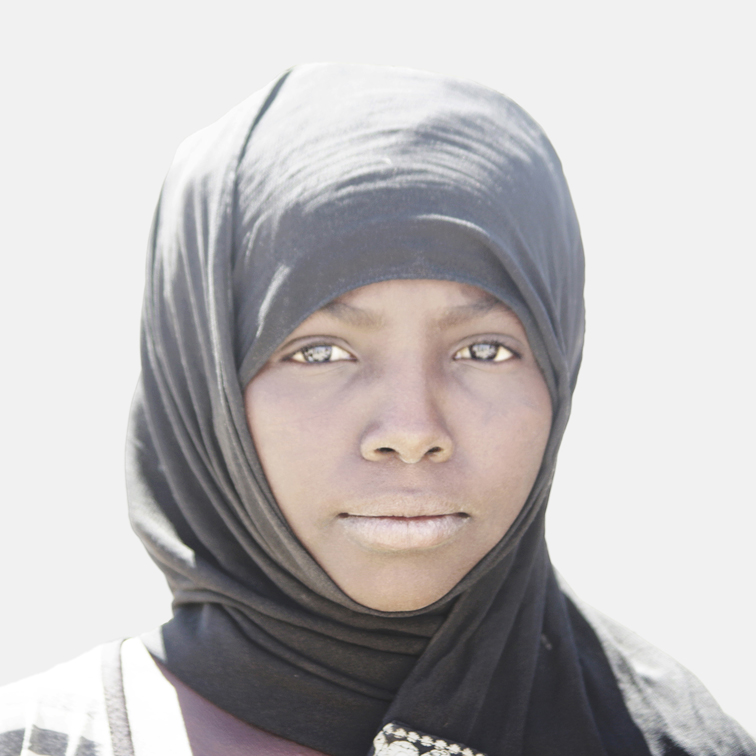 Madame Saliha, Tschad 2016
Photo: Désirée von Trotha
The photographer, filmmaker, and author Désirée von Trotha (1961-2021) has travelled the Sahara-Sahel regions of Algeria, Chad, Mali, Mauritania and Niger, and for around six month every year since 1991.

Her photographs, books, and reports have become a chronicle of the world of the Saharan nomads, whose homeland has seen such dramatic upheavals since 2012: terrorist organizations, armed groups, militias, and criminal networks control extensive areas, conflicts are fuelled by regional and international interests in resources and security issues.

The civilian population suffers, and many nomads struggle to live in dignity. Despite the increasingly difficult conditions Désirée von Trotha was not deterred from visiting her friends in the world’s largest desert, to bring back and exhibit her photographs for them.

The photographs of the exhibition "SAHARA", taken between 2010 and 2020, are not shying away from documenting political, economic, and social upheaval, and nonetheless capture the incredible beauty of the worlds of the nomads - despite all the current bitterness.

And the future? "In despair lies hope" says a Tuareg from northern Mali, in exile in Mauritania. "Insha'Allah, God willing."